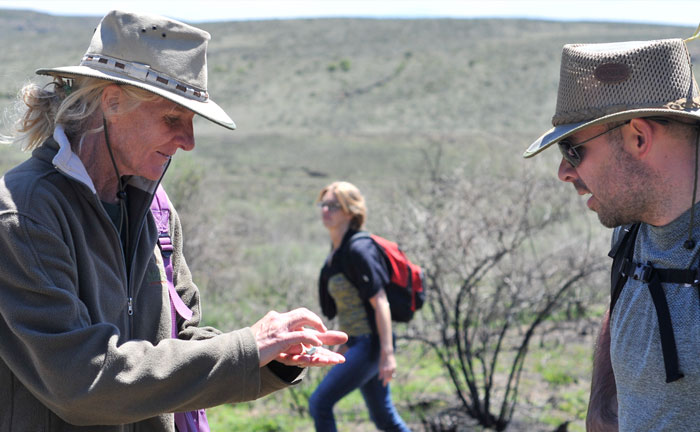 "Our goal is to offer people a place where they can not only grow and develop, but also to recharge, reconnect with life and find clarity in themselves. We offer a springboard from which people can confidently enter the job market and conservation sector, equipped with a greater understanding of wildlife and the natural environment, and of who they are and what they offer."
Cindy Maspero

Wayne graduated from Pretoria Technikon with a National Diploma in Nature Conservation in 1994. He then began his guiding career at Londolozi Game Reserve in the Sabi Sands (now part of the Greater Kruger National Park).

After gaining valuable experience in guiding in a Big 5 area, he felt a strong urge to have a more down to earth approach to guiding. This led to becoming a wilderness trails officer with the Natal Parks Board on the eastern shores of Lake St. Lucia where he conducted five day long wilderness trails.

Wayne has also worked in the Masaai Mara in Kenya taking walking safaris, as well has guiding at Garonga Safari Camp in Limpopo, South Africa. Moved to Bergplaas in 2006.

After many years of balancing the books – Cindy backpacked overseas for 18 months – exploring all the back and beyond places. Whilst travelling she promised herself she was never going to sit in an office again. On returning she worked at Ecologics, training of field guides, then moved to help setup Garonga Safari Camp, taking guided walks, offering healing treatments and running the admin.

Ian Read is a freelance Wilderness Guide with over 20 years guiding experience. He has been a Spirit of the Wild facilitator since 2008.

Our wonderful chef and graduate from the South African College of Tourism.

Julia is our guesthouse supervisor and also a graduate from the South African College of Tourism.

Spirit of the Wild Trust 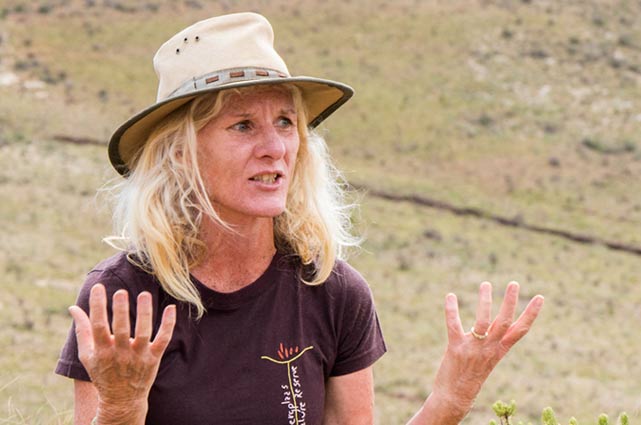 “Many traditional cultures use simple, powerful activities to heal people and help them release emotional and psychological problems that block their true potential. We draw on some of these activities during the retreat.”

“We are experiencing an inspiring growth phase on Bergplaas and with the Spirit of the Wild Programme, which has come into its own in this era of environmental sustainability and climate change.”- Wayne Maspero